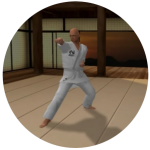 This project is a collaboration between the University of Rennes2 and the company ARTEFACTO. The purpose of this project was to create a platform for the training of kata in karate. It is based on accelerometers coupled with Kinect sensors to capture the motion of the trainee and automatically extract his errors. 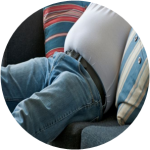 PICAM is a 1-year project funded by the Regional Council of Britanny (ID2Santé), led by Frédéric Derbré. The purpose of the PICAM project is to explore specifically the cellular interactions between ectopic lipids (e.g. ceramides) and reactive oxygen species in skeletal muscle and identify their effects in insulin resistance development observed in physically inactive populations. 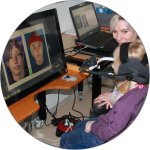 The ANR TecSan project REPLICA is a collaboration between Dynamixyz, Supelec, Hôpitaux de Saint-Maurice, CRPCC and M2S/MimeTIC team (coordinator). The purpose of REPLICA is to build and test a new rehabilitation program for facial praxia in children with cerebral palsy using an interactive device. The principle is that during a rehabilitation session, the child will observe simultaneously on the same screen an agent, the virtual therapist’s one performing the gesture to be done and a second avatar animated from the motion the child actually performs.

The aim of the project is to combine GPS and accelerometry systems in the quantification of physical activity and the assessment of energy expenditure and the assessment of energy expenditure, particularly during walking. Acti-GPS study is a four step project that focuses on technical validity aspects throuh experiments performed on healthy subjects.